A good news health story: hepatitis B cases fall below one percent in children 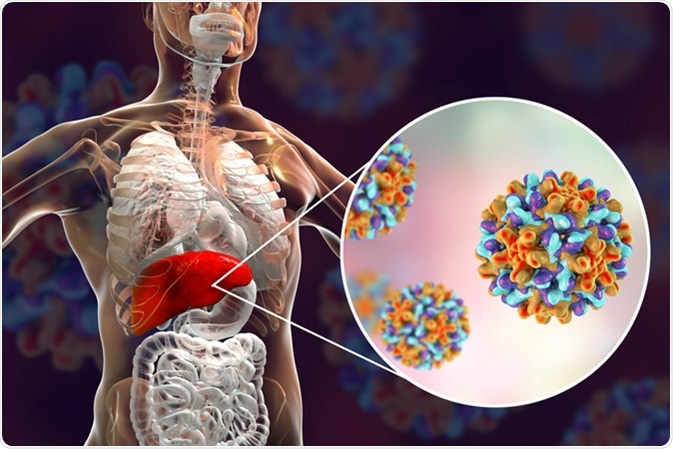 The global prevalence of potentially-deadly hepatitis B in children under age five, dropped to under one per cent in 2019 – down from five per cent in the pre-vaccine decades between the 1980s and early 2000s, the World Health Organization (WHO) reported on Monday.

The advance marks the achievement of a critical target in the Sustainable Development Goals (SDGs): to reduce the transmission of hepatitis B in children under age five to under one per cent by this year.

The news coincides with World Hepatitis Day, commemorated annually on 28 July to raise awareness of the disease, a viral infection of the liver that causes a range of health problems, including liver cancer. The theme for 2020 - “Hepatitis-free future” – has a strong focus on preventing the disease which attacks the liver, one of the five main strains, among mothers and newborns.

“No infant should grow up only to die of hepatitis B because they were not vaccinated”, said WHO Director-General Tedros Adhanom Ghebreyesus. “Today’s milestone means that we have dramatically reduced the number of cases of liver damage and liver cancer in future generations."

Preventing mother-to-child transmission of hepatitis B is the most important strategy for controlling the disease and saving lives, Dr. Tedros said.

WHO is calling for united and intensified efforts to test pregnant women, provide antiviral prophylaxis to women who need it, and expand access to hepatitis B immunization and its all-important birth dose vaccine.

Globally, more than 250 million people live with chronic hepatitis B infection, according to WHO. Infants are especially vulnerable - and 90 per cent of children infected with hepatitis B in their first year of life become chronic carriers. Each year, the disease claims nearly 900,000 lives.

Infants can be protected from hepatitis B through a safe and effective vaccine that provides over 95 per cent protection.

WHO recommends that all infants receive a first dose of the hepatitis B vaccine as soon as possible after birth – preferably within 24 hours – followed by at least two additional doses. Three-dose coverage during childhood, reached 85 per cent worldwide in 2019, up from 30 per cent in 2000.

However, access to the first critical dose within 24 hours of birth remains uneven. Global coverage is 43 per cent. Coverage drops to 34 per cent in the eastern Mediterranean region and only 6 per cent in Africa.

“Expanding access to a timely birth dose of the hepatitis B vaccine is the cornerstone of efforts to prevent mother-to-children transmission,” said Meg Doherty, WHO Director of Global HIV, Hepatitis and STI Programmes. In sub-Saharan Africa, where the birth dose of hepatitis B vaccine has not yet been introduced, “it is a priority to assure that protection as early as possible”.

A new modelling study by Imperial College London and WHO found that disruptions caused by COVID-19 to WHO’s hepatitis B vaccination programme, could have a serious impact on efforts to reach targets in the global strategy.

Speaking at a press conference from Geneva, Dr. Tedros said 325 million people live with hepatitis B or C. Each year, 1.3 million people lose their lives to these diseases.

The first-ever global hepatitis strategy, adopted by countries at the 2016 World Health Assembly, calls for an end to viral hepatitis by 2030, reducing new infections by 90 per cent and mortality by 65 per cent.

“Even talking about hepatitis elimination would have once seemed a fantasy”, Tedros said, “but new drugs have transformed hepatitis C from a life-long deadly disease into one in most cases can be cured in 12 weeks.”

While medicines remain too expensive for patients in many countries, the UN health chief pointed to cases of “incredible” progress, notably in Egypt, where 60 million people have been tested for Hepatitis C and linked to treatment, free of charge. There has also been progress in eliminating hepatitis B in Asia, where childhood immunization coverage is high, including the all-important birth dose.

Asked about the average cost of a 12-week treatment for hepatitis C in high, middle and low-income countries, Dr. Doherty said the price has fallen from $3,000 to $60 today.

The price is right

“In many ways, we now have prices that will allow us to end hepatitis C,” she said. “This is essentially a cure.” The goal now is to find “the missing millions” of people who have not yet been identified as infected - and to test and treat them so they no longer pass on the virus.

COVID-19 has only made this goal more daunting. With supply chains and services disrupted, resources diverted, and the political focus shifted to containing the pandemic, there is a real risk of losing gains made.

“Like so many diseases, hepatitis is not just a health problem, it is an enormous social and economic burden”, Tedros stressed.