How Abbott seeks to improve care, health inequities for people with cardiovascular disease

Abbott is on a mission to grasp the scope of the patient journey through cardiovascular disease diagnosis and treatment.

The company’s Beyond Intervention Initiative kicked off a few years ago to improve patient care and quality of life. What Abbott found was that there is plenty of ground to make up.

“That’s what all these life-changing technologies that we developed are about,” CMO & Divisional VP of Medical Affairs for Abbott’s Vascular Business Dr. Nick West told Medical Design & Outsourcing. “If we’re not going to improve the quality of life and, indeed, the number of patients, the amount of life and improve patient care, then what are we doing?”

Year one data from the initiative — with feedback from more than 1,800 patients with cardiovascular disease, physicians and healthcare leaders — highlighted disruption within the patient care continuum. It found care divided among different providers without collaborative thinking.

Technology, powered by data-driven techniques, could be key to closing the gaps appearing across the care continuum, West said, with Beyond Intervention aiming to raise awareness and start a conversation about it.

“The industry needs to do what it can to improve the holistic patient experience,” West said. “We need to move away from just product and tech to a more patient-centric and service-angled offering which is going to help patients, doctors and healthcare providers.”

Abbott’s research found that healthcare administrators are more likely to rate the patient experience for patients with cardiovascular disease as more positive (65% consider it ideal) than the patients themselves (38%) for those with peripheral artery disease (PAD). Similar numbers (64% and 44%, respectively) were observed for coronary artery disease (CAD).

A significant source of patient frustration stems from the lack of electronic medical record (EMR) interoperability, with more than one-third of patients with peripheral artery disease (PAD) stating that they “constantly” have to provide medical history and information to physicians.
Healthcare providers and hospital leaders (35% in the research effort) also believe a lack of medical record integration among providers results in a limited exchange of patient history and information. That creates inefficiencies and barriers for early and accurate diagnosis of CAD and PAD, the professionals say.

“We’re looking at about a third of patients that say [treatment] was ideal, and the rest of them were saying, ‘no, it’s not.’ And so I think that is a stopping moment to say, I wonder what’s going on,” Abbott Divisional VP of Global Clinical Affairs Jennifer Jones-McMeans said. “I think, if you uncover even more, some of the findings that were identified is that patients, especially with PAD, can have a lack of awareness of the symptoms that they have.”

Jones-McMeans said anyone with pain in their leg likely wouldn’t leap to peripheral artery disease as the cause and, even if symptoms persist, they might not perceive it as problematic.

Among the many challenges related to diagnosis and treatment for these diseases is the issue of the heightened impact on underserved communities, putting patients who carry the burden of disease at a disadvantage to the type of care they will get and when they will receive that care.

Health inequities brought on by socioeconomic status, education and healthcare access are massively affecting certain patient populations, Jones-McMeans said. Misdiagnoses can happen without support from the system and the proper education and awareness. Someone seeking a diagnosis who doesn’t have good access to care is more likely to report the use of multiple physicians.

As that person seeks to solve their problem with different people offering different opinions, they can be made overwhelmed or anxious and afraid of hospitals and doctors because of social determinants of health in an inequitable system.

Abbott is focusing its clinical trials on including underserved communities such as women and people of color who are disproportionately affected, as shown by Beyond Intervention. For example, Jones-McMeans noted that the company’s LIFE-BTK trial for a treatment for critical limb ischemia (CLI) is looking at the barriers to certain populations, including African American and Native American women, who can have the highest risk of such disease as their age increases. Overall, Jones-McMeans said the study operates with the knowledge that the African American, Latino and Native American populations are all disproportionately impacted.

Rather than just hoping the trial can include certain populations, the company aims to make trials include underserved communities, with clinical sites in affected communities and new investigators that Jones-McMeans said are diverse themselves. She said that, on top of improved access, the moves increase trust, with patients more likely to participate with physicians and nurses who “look like them and speak the same language.”

“COVID has really shown that studies need to be representative of the patient populations we’re trying to impact,” West said. “This is not a problem statement that we’re not doing something about. We are actively looking into ways that we can impact to better understand what this space is and make sure our clinical trials are really representative of the patients that are out there.” 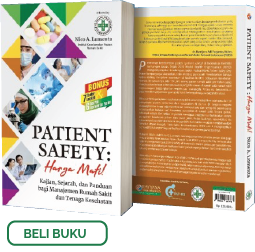